Well, folks, it’s finally here. After months of hard work, research, writing, formatting, editing, blood, sweat, and not that many tears (I swear) the 2013 Baseball Preview has arrived.

First the bad news: this year’s issue is not 105 pages. In fact it shrunk for the first time in my seven years of writing this to 38 pages.

But there’s good news: You get another year of my baseball preview with better content than ever. And it’s 100% free. Unless you really want to pay, then just email me bwweinrib@gmail.com and something can be arranged. 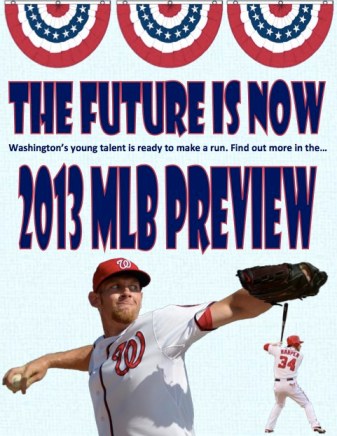 It’s been a while, folks. A month and a day, actually. Between school work, finishing up my baseball preview, and pledging a fraternity, I haven’t had a ton of time on my hands, but I’m happy to issue my first sneak peak at my 2013 Baseball Preview.

Just like the past two years, I’m offering a look at my scouting reports on baseball’s top 50 prospects a little in advance of the publishing date (within 10 days, be ready). In the actual preview itself, each team will again have scouting reports for their top 10 prospects along with individual grades.

Unfortunately, this year’s preview won’t be quite as big as last year’s. Ain’t nobody got time for 108 pages. Instead, we’re looking more at something between 32 and 40 pages. For now, enjoy an early look at baseball’s future stars.